Over recent years the Paralympics has seen a boost, with the general public waiting in anticipation for the Games as much as with the Olympics. Since London 2012, the UK has become one of the world’s biggest fans of disability sport, but that doesn’t mean it has necessarily become easier for those competing. With funding cuts to even those who have won medals, supporting all of GB’s athletes has become a struggle, with sportspeople having to look elsewhere for financial support. One of those is Jessica-Jane Applegate, who following Rio 2016 lost her funding despite winning 3 medals. I spoke to her about the challenges she has faced and what her aims for the future are.

Jessica-Jane’s classification is S14, which is a swimmer with an intellectual impairment. Having been diagnosed with learning difficulties whilst in Nursery school, and Asperger’s whilst in High school, she was educated in a ‘nurture unit’ separate from main stream school. Her disabilities affect her reading, writing, communication and memory, with her saying: “I even went to my Paralympic finals without my hat and goggles!” Physically she is also affected, having had multiple operations of both feet and struggling with issues with her legs and hips.

After visiting the doctors and it being suggested that she take ADHD medication, Applegate’s Mum wasn’t keen. “I wasn’t sleeping, I had behavioural issues and I just had so much energy,” she said, “they decided to try different activities as one last option. I tried several things like dancing, but I’d go left when everyone else went right, judo but I really didn’t like being touched. I then tried swimming. I didn’t have to speak to other children, no one touched me, I could take my time, I felt free in the water!” It was then when she was 12 years old and saw Michael Phelps winning at the 2008 Beijing Olympics, that Jessica-Jane thought that swimming could be something more than a hobby. 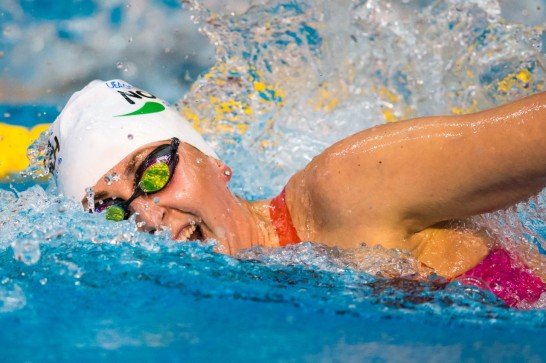 However, racing wasn’t something she was initially fond of and she certainly didn’t have success immediately. “I was disqualified more often than not but what I did have was the determination not to give up. I couldn’t stand everyone shouting and staring at me, I was so self-conscious. My coach worked with me very slowly and it took a very long time for me to enjoy racing,” Applegate explained. Having grown up in Norfolk, you may think that there wouldn’t be as many competitions with the county being so rural. However, Jessica-Jane was keen to dispel this, saying: “swimming is massive and just the City of Norwich Swimming Club has 1500 members. Just because we are a rural area certainly doesn’t mean we are not competitive!”

In order to challenge herself and remain at the top, she competes and trains with ‘able-bodied’ athletes. “I have to challenge myself every single day to be better. Most people support me, but there’s a few that don’t get like being beaten by a Para swimmer, especially a girl!” Jessica-Jane joked. 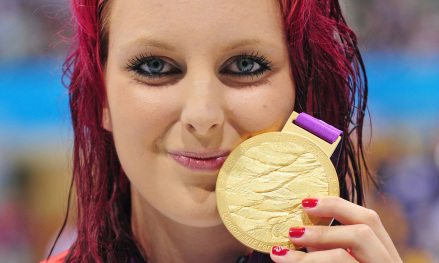 Her first major international event was the London 2012 Paralympics, and being 15 years old at the time, Applegate admits she had “no idea the scale of things”. “If I’m completely honest I didn’t really understand it all, my coach was thrilled but I thought I’d just qualified for a gala where a few more parents than usual would rock up, maybe a couple of hundred instead of the normal 20-30,” she told me. With the Olympics being a few weeks beforehand, for Jessica-Jane it was key to make sure she knew what to expect. “My coach and I had practiced what it would be like walking out in front of 17,500 people all screaming my name. We had watched the swimming in the Olympics so I was ready for it,” she explained.

Since winning Paralympic Gold in 2012, Jessica-Jane’s profile has hugely increased, allowing her to work on several projects that she is passionate about. One of these is her ‘Swim with Jess’ days. Speaking of these, she said: “I love inspiring children and if I can help them enjoy swimming as much as I do, then I have succeeded. I also visit lots of schools helping to educate them around health, nutrition, commitment, dedication and much more.” She has also become an ambassador for Mencap, a national organisation which supported her throughout her childhood. “Mencap do so much to help everyone involved with or who has a learning disability, without them I may not be where I am today. They were certainly a big part of my development,” she told me. Last year she was one of the faces of their ‘Hear my Voice’ campaign and this April will speak in Parliament about the problems athletes face. 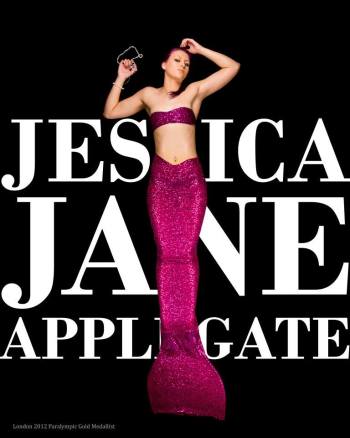 4 years after London, Jessica-Jane went on to win 3 medals at the Rio 2016 Paralympics. However, this still wasn’t enough for her to secure the further funding she needed. “In Para-swimming there is no prize money unlike other Para-sports, which could’ve supported my training. I was looking at having to retire after a dramatic funding cut, but Norfolk as a county has been so incredibly supportive. After having throat surgery and still managing to get two Silvers & one Bronze, it wasn’t enough. They got behind me so that I didn’t have to worry. I continued to train hard and smashed 5 World Records to gain a funding increase this year. Although I am still fundraising, I am not in a position where I cannot afford to train anymore and that is thanks to everyone who has supported me,” Applegate explained. 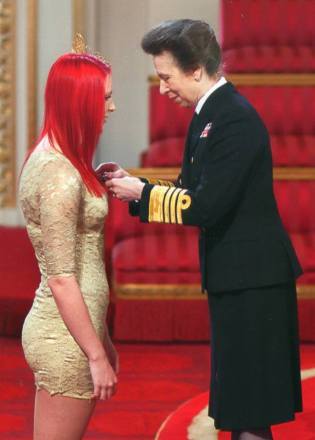 Having achieved so much and still only being 21, there have been many standout moments in her relatively short career so far. “Winning 3 Paralympic medals in Rio was really special, especially after everything I went through to get there. But without question it (the best moment) would be winning Gold at London 2012, followed by receiving my MBE from Princess Anne and then spending the whole day in the royal box at Wimbledon, that was just something else!” Jessica-Jane said. But with many years of her career to go she is now focussing on the next Paralympics, saying: “it’s been a tough time staying at the top, but I am not ready to give up yet. I am training towards Tokyo 2020 where I hope to achieve several podiums positions. It’s less than 2 years away now so I really do need to make sure that I can get a couple of good seasons of winter training in, along with staying healthy.”

Jessica-Jane Applegate is one of the brightest prospects for medals at the Tokyo 2020 Paralympics, at what could be her third games. Not only is she a brilliant role model because of her disability, but also because she is in general, an exceptional sportswoman. Her advice to those who are concerned whether sport is for them, would be: “never give up, nothing worth having is ever going to be easy. I’ve had to work so hard for everything but it’s been worth it.” The county of Norfolk has supported her and allowed her to continue with the sport she loves, one of the reasons she has recently been announced as an ambassador for the inaugural Norfolk Day later this year. She will continue to work hard to reach the next Paralympics and with the huge amounts of support she has, will have thousands of people behind her.