For F1 to be broadcast around the world, not only are those in front of the camera needed, but also those behind. Producers, Directors and Editors all have crucial roles in creating the finished article which we see on our TV screens. In the UK, there are 2 TV broadcasters who show Formula One: Sky and Channel 4. C4F1 is the only free channel showing the sport and is produced by Whisper Films. With the company coming into it’s final year with the license to show the sport before it moves behind a ‘paywall’, I spoke to F1 Assistant Producer Kirstie Bennett about this and her work with UEFA, the Premier League and why Whisper Films is such a great place to work.

Like with many working in the industry, Kirstie has had an interest in motorsport since she was young. “Ever since I was a young girl I went around to my Grandad’s house to watch the Grand Prix, so it was a dream of mine to work in motorsport,” she told me. With several members of her family involved in the TV and film industry, the area of motorsport into which she wanted to go was always clear for Bennett. After growing up visiting film sets during her summer holidays, Kirstie decided to study Film and Moving Image Production at university. 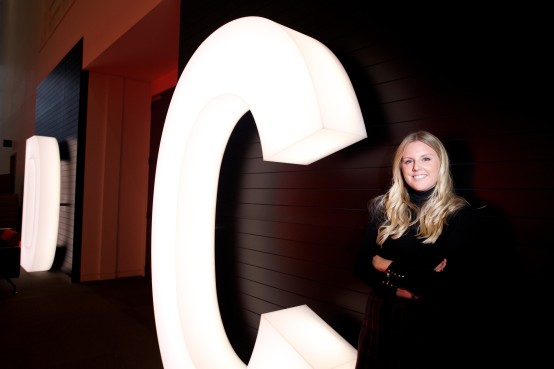 Her first role in the industry came towards the end of her degree when she began applying for any relevant job that she could find. “I unknowingly applied for a senior role at IMG. They got in touch with me and said that while I wasn’t quite ready for that role, would I be interested in applying to be a Production Assistant within Premier League Productions,” Kirstie said. Jumping at the chance, the following week Bennett moved to London, and although the initial job she had there wasn’t quite right, she soon moved to a more creative role as an Assistant Producer for Premier League Review, a Match of the Day type programme for an international audience.

Whilst at IMG, Kirstie worked on both FIFA and Premier League projects, as well as the Euro 2016 qualifiers in her free time. During this work, she met and networked with many working for UEFA’s TV production team. “I would speak to them and share ideas. Because I was working in the Premier League, I knew that I had a few months in the summer free to work and sent them a message about the possibility of doing some stuff for them. Unexpectedly they replied saying they’d like to interview me for a full time position out in Nyon, Switzerland,” she explained. Kirstie was offered the job, moving out to Switzerland only 2 months later. “Whilst I was there I was an Assistant Producer and worked across all of their club competitions, with EURO 2016 my main focus. I would also go to Champions League matches, shoot interviews with players around Europe and edit them back in Switzerland.” 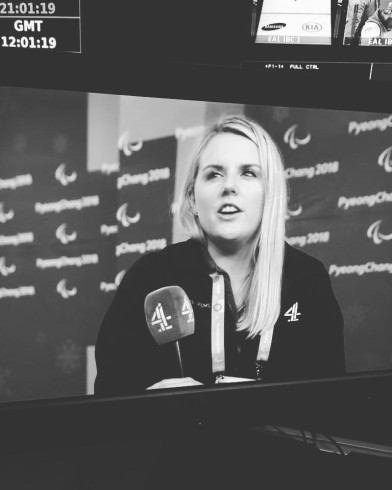 After 2 years, Bennett decided to move back to London to look for a new challenge. In 2016 it was announced that Whisper Films had won the broadcasting rights for F1 in the UK, and Kirstie immediately emailed the company’s Managing Director Sunil Patel. “I knew it was a company that I wanted to work with and a sport that I loved. I watched all of their coverage in 2016 and absolutely loved it. It offered up a bold, exciting look at F1,” she told me. After getting back in touch with the company when she returned to the UK, they offered Kirstie some freelance work. In December 2016, she was offered a possible F1 Assistant Producer role which had not yet been signed off by Channel 4. “It was a long wait until mid/late January but it eventually got ok’d and I began mid-February and haven’t looked back since. It’s probably the most enjoyable job I’ve ever had,” Bennett said.

Now at Whisper Films her role entails many things, such as working with the other Producers to decide what to cover as well as then editing driver interviews and programme openers, both on site and back in the UK. However, this differs slightly when producing the highlights show with her saying: “on a highlights weekend I will produce the action and cut that down to a time that will fit, while the other producer oversees the rest of the programme.”

Whisper Films also provides Kirstie with the opportunity to work in other sports, with the company producing shows for other networks and in other sport genres. “I went to the Women’s Euro’s last summer, Race of Champions in Saudi Arabia and the Winter Paralympics in PyeongChang before flying to Australia for the start of the 2018 F1 season. This is one of the huge benefits of working for Whisper in that I can experience all different types of sports around the world,” Bennett told me. 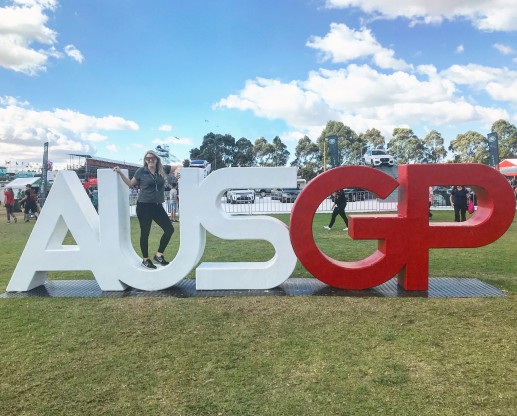 One of the greatest challenges facing those working on free-to-air channels is the increase in sports moving to pay-to-view channels. The broadcast rights for F1 in the UK will be awarded solely to Sky next season, however Kirstie is hoping there could be a change, with her telling me: “I’m still hoping that there might be some way we can keep Formula One on terrestrial television post 2018. If people are having to pay for the pleasure of F1, we will see a massive drop in viewing figures in the UK, which for me is really upsetting. I really worry about the future of F1 in the UK if nothing is done.” Yet there is little chance of Bennett leaving, with her saying: “I’d love to continue with F1, but ultimately I am loyal to Whisper. If they have something interesting for me, I’d like to stay with them.”

Despite getting a job in media straight from university, it hasn’t been an easy route for Kirstie to get to where she is now. “When I first started it took quite a while for me to prove my worth and make people understand that I was capable. I truly think this was because of my gender,” she explained, adding: “working in an environment which is predominantly male, I felt I had to work so much harder. At first it used to grind me down, but I do think the industry is improving and more women are coming through.” 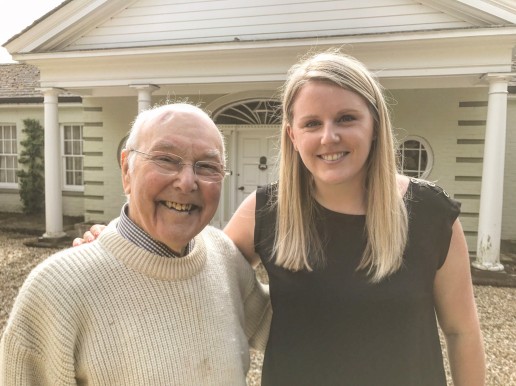 Kirstie has also worked on the C4F1 series ‘F1 Meets…’ and through this met one of her all-time motorsport heroes. “Murray Walker is one of the most professional but down to earth, lovely people I’ve ever met. He’s got time for everyone and his stories are incredible,” she said. Also working on-site at Grands Prix means she gets to watch many motorsport icons live in front of her and following 2017’s title decider, the team spoke to champion Lewis Hamilton. “We interviewed Lewis after he won his fourth title last year. He was what initially piqued my interest in F1 so for me to be there and hear him talk so emotionally about his career to date was quite special,” Bennett added.

Having always loved motorsport and the production side of TV and film, Kirstie Bennett’s role as a F1 Assistant Producer is the perfect role for her. She gets to combine her love of production and editing with F1 and experiencing all that the sport has to offer. “I get a real buzz as this is what I dreamt about doing as a child and here I am, right in the mix, getting access that money can’t buy,” she told me. Happy at Whisper Films, although she loves F1, she is committed to the company and their ethos, and is hoping that there maybe something that can be done to avoid F1 leaving terrestrial TV. Whether this will happen or not is yet to be seen, but Kirstie is excited to see what working at Whisper Films will throw at her next.