Working as the FIA F1 Press Delegate is a huge responsibility in which the individual must speak to and brief all the media and represent the FIA at F1 Grands Prix. This role was Alexandra Schieren’s for many years and she had to deal with some of the most controversial and emotional moments in the sport’s history. I spoke to her about representing the governing body and how she dealt with the unavoidable challenges the job presented.

Growing up Alexandra always loved languages and travelling, but despite her childhood in Germany, a country of passionate motoring enthusiasts, neither her nor her family were interested in motorsport. “Nobody in my family watched it on TV or pursued it actively, so the first time I came across motorsports was when I started working at Toyota Team Europe (TTE), the World Rally Championship team of Toyota at the time,” she explained.

It was also at Toyota Team Europe that she discovered her love of PR, having never intended to work in the industry previously. “My initial education is in languages as I always wanted to work in an international environment,” Schieren told me, adding: “when I got hired by TTE to work in their press and PR department, I loved the job right from day one but it is probably right to say that PR chose me rather than the other way around.” 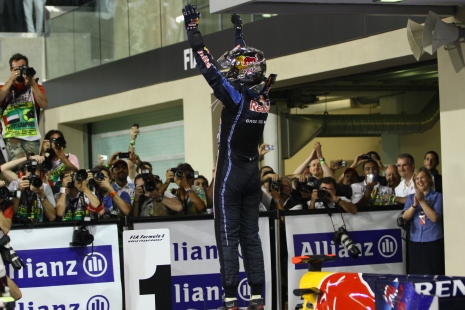 Her role at TTE came through a mechanic friend who worked for the team in Schieren’s hometown of Cologne. “He told me that they were looking for an assistant for the Press and PR department and I thought I’d give it a go,” she said. After managing to convince them to hire her, despite having no experience in the sport, Alexandra quickly learned the skills she has needed for her long and successful career, as her interest continued to grow.

Schieren’s most notable role was working as the FIA’s F1 Press Delegate. As in many industries, getting your foot in the door can be the hardest, yet most important part. This was the case for Alexandra when her employer TTE were banned from the World Rally Championship. She was approached shortly after by an international communications agency based in London who dealt with clients from GT racing to F1. Speaking of her role she said: “my main job became looking after the media set-up of Formula One races for a number of circuits that were clients of the agency. I looked after the media accreditation as well as the promotion of the race before the event and helped run the media installations during the races.” 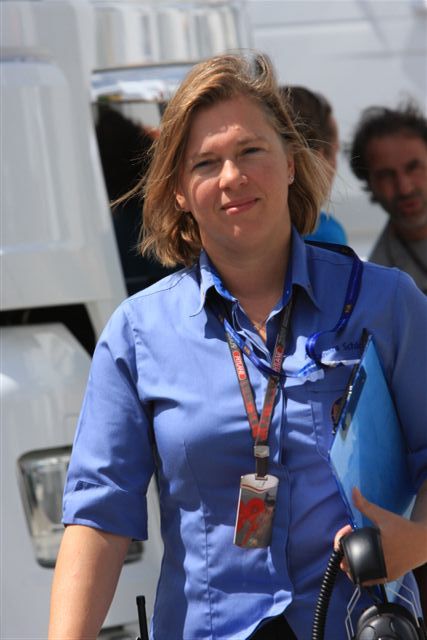 Through her work with several tracks, she had had to liaise with those working at the FIA, and soon got to know them well, two in particular being the Director of Communications and the F1 Press Delegate at the time. With the connections she made, Alexandra managed to secure a role covering for a woman who was on maternity leave. Though her short contract expired, the FIA went on to offer her the role of F1 Press Delegate. “I said no three times because I had seen what the job entailed when working at the races,” Schieren said, “I really didn’t think I wanted the stress nor the responsibility!”

However, she did finally accept the offer. Speaking of her role she said: “it is a very complex job with two very distinctive sides.” One part of Alexandra’s job was organisational meaning she would oversee media installations, including national and international media accreditation, choosing drivers for press conferences, and distributing official information such as steward’s decisions. The other part consisted of media relations. She was the first point of contact as the FIA F1 spokesperson and so would have to speak to the over 400 journalists present. On top of this, after the season had finished, she would have to organise the FIA Prize Giving Gala and the Press Council. Having described the job as “complex”, it is clear to see why Schieren was so hesitant to take on the immense strain and responsibility such a role presents. 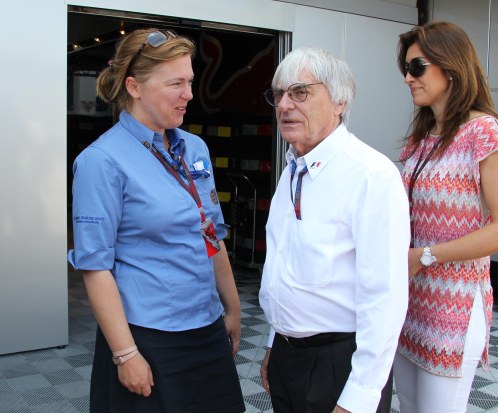 Alexandra had to deal with many challenges during her time in the role. “I became a master at crisis communication working for the FIA! I dealt with several ‘gates’ during my time there, like Spy-Gate, Lie-Gate, Singapore-Gate and Mosley-Gate,” she told me. However, one of the most challenging situations to deal with was the 2005 US Grand Prix in which only six cars started the race. Faulty Michelin tyres had caused a number of the cars to crash out before the Grand Prix had even started, and lead the company to advise some teams not to take part in the race. “I remember when the race started and only six cars made it to the start line. I was on the phone to my boss and shouted at him: ‘There are only six cars! What do I do now?’ His answer: ‘Sit back and watch the race’,” Alexandra explained. Nevertheless, Schieren does say that having to face the media and deal with the unfolding situation helped her to manage future impossible-looking events.

One of those such events was the 2009 Hungarian Grand Prix. “I’ll never forget when I ran to race control to ask the FIA doctor about Felipe’s (Massa) condition. When he said ‘code orange to red’ I had to sit down for a minute and get my emotions under control before facing the media,” she described, adding: “accidents really are the hardest of situations and each one is one too many”. Luckily the Brazilian pulled through and continued to race for many more seasons in F1, and with safety continuously improving, these kinds of events are becoming rarer. However, that doesn’t detract from the emotional strain that an accident can put on all members of the paddock. 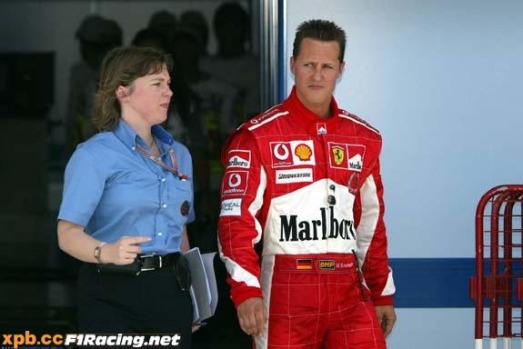 Having been employed in the sport for many years, Alexandra has worked alongside many successful drivers, but Michael Schumacher is still her pick for the best. “Apart from being an exceptional driver, he was just extremely meticulous and hard working. He is also an exceptional person. He could appear cold and off-standish but once he knew you, he always took the time to ask how you were. I hope we’ll get to hear some good news about him soon,” Schieren said.

After working for the FIA and with years of experience, Alexandra finally decided to become her own boss by starting her own communications company. Speaking of this decision she explained: “I wanted to spend more time at home with my family and friends. When you travel the world with F1, the paddock tends to become your family. It’s nice, but can also become a problem if at the end of the day the people in the paddock are your only family.”

Starting her own company was something that Schieren had been thinking about for many years. This now means that she can have a more balanced life, and her travel schedule is a lot lighter! “Now I enjoy working with different series, drivers or motorsport companies and I see a wider scale of the sport which is very interesting,” she told me. Formula One is often referred to as being all-consuming and now Alexandra gets the opportunity to discover and work with formulae and series outside of it. 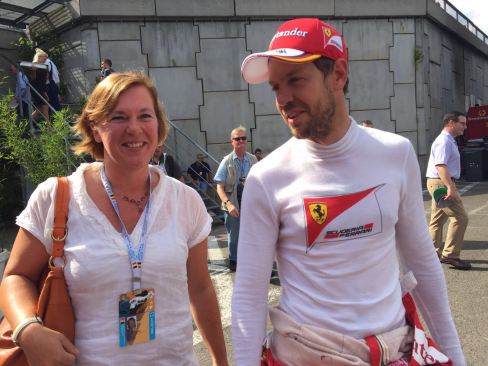 After more than 20 years working in the sport, Alexandra Schieren is the perfect person to offer advice to those wanting to work in the industry. “Volunteer at race meetings, meet the right people and network!” she advised, adding: “another language or two helps you to distinguish yourself from others.” This year she is looking forward to seeing more of her paddock family as she will travel to some of her favourite F1 Grands Prix and I am sure they will be as excited to see her as she is them.