Karting has always been a popular hobby amongst young boys, but there is a growing number of young girls also taking up the sport and being extremely successful. Among this new wave of female talent is 16-year-old Lydia Walmsley. 2018 will see her graduate to competing in an adult formula for the first time, so I spoke to her about her past successes and hopes for the future.

As with many young people who race, often their love of the sport comes from a member of their family. “My dad successfully raced for many years which meant I was always around a race track,” she said. “I started showing an interest so he popped me in a bambino kart at 7 years old and that’s where it all began.” Her first karting session in this particular kart came at Buckmore Park in Kent where the likes of Lewis Hamilton and Jenson Button also started their careers. The fact that these British legends also started at the same track, was very exciting for Lydia with her saying: “it was special for me to begin my journey at Buckmore because Lewis and Jenson all kicked off their careers there too!” 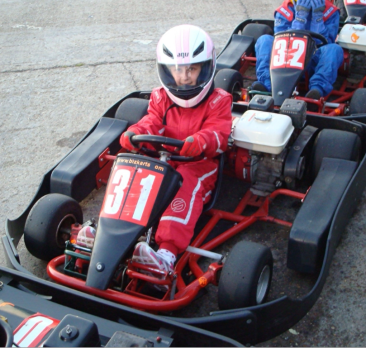 However, it wasn’t until a few years later that Walmsley decided she wanted karting to be more than a hobby. “I competed at Anglia Indoor Kart Centre and our local outdoor track, Ellough Park in corporate racing but it became more serious on Christmas Day 2011 when I received my very own cadet kart,” Lydia told me. That’s not to say she hadn’t been competing before this though, having finished second in her first year. “My first trophy was as vice champion for my first year of racing – losing the championship by a single point at 8 years old! I stood on the podium and puffed my chest out surrounded by much bigger boys – that’s when I truly got the bug,” she explained of her early success.

We are all aware of the dangers posed when racing in championships such as Formula One and its feeder series’, but karting also has its risks, something Walmsley is well aware of. She broke her leg during a race leading to many months sat track-side, but that didn’t discourage her from pursuing her dream. “I was a little apprehensive to step back into the kart again. It was difficult for me because I had been out for so long due to complications with my broken leg and then having surgery on my eye to remove pieces of rubber from the tyre wall which were imbedded upon impact,” she described. Though it didn’t take long for the nerves to disappear and the adrenalin involved in racing to return, with Lydia saying: “after a few laps, I was back to enjoying the thrill of karting again!” 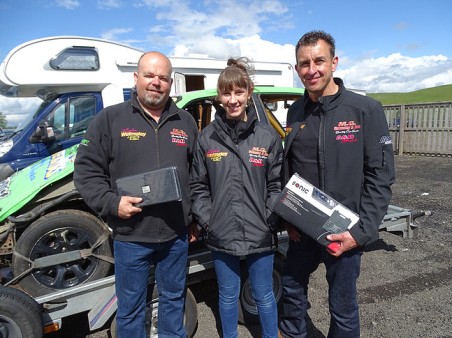 Walmsley has had her fair share of success winning both the Minimax and Junior Rotax Championships. “I was the Minimax Champion so it was a natural progression to compete in the Junior Rotax championship,” she said, “however, this meant I would be racing against people who were a lot older than me. The step from a Minimax engine to a Junior Rotax engine is quite large and everyone told me it would take me at least a year until I was up to speed. Despite this, I qualified second on the grid on the first race meeting!” Lydia then went on to win the Championship in her first season, making her Champion in consecutive seasons.

This year will be a new experience for Lydia as she will be competing in an adult formula for the first time when she drives in the Mini Challenge. “I am really excited to race this year! I know I will be one of the youngest on the grid as I have only just turned 16. Obviously, most of my competitors will have a lot more experience in car racing than me, but why should that be a problem? Age is just a number – it’s about who’s fastest that really matters! I know with my fantastic team and my sponsors behind me, we can do really well this year,” Walmsley explained. Although immediate success won’t be expected of her, Lydia is keen to start as she means to go on and impress those more experienced in the category. 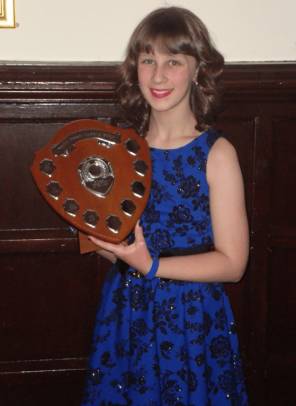 To reach her dream series, Walmsley will have to continue her previous success. Speaking of her desired championship, she said: “I would love to make it to the British Touring Car Championship! I have watched the races since I was very young and have always liked the competitiveness of it. I was lucky enough to be given the opportunity to attend the BTCC Snetterton race meeting last year in the hospitality of Laser Tools Racing and Aiden Moffat. It was an amazing experience with a fantastic atmosphere – it made me realise how much I wanted to get to the top!” She is well aware that it will not be easy, but it is clear that she has the determination and fight to try and reach her goals. 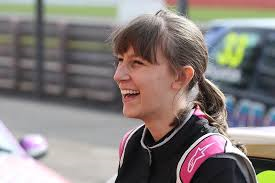 Despite her aiming to race touring cars, Lydia’s racing role model would be a driver from a very different series. “I feel Jenson Button is very professional and positive in whatever situation he’s in and conducts himself well, both on and off the track,” she told me. “I think he’s a great role model for anyone in motorsport,” Walmsley said of the former British F1 World Champion. Although still early in her career, Lydia has had to overcome many challenges and so is looked up to by many of the younger drivers and racers she knows. Her advice for them would be: “don’t worry about being in a sport which is predominantly male because gender doesn’t categorise you into ‘good’ or ‘bad’. Get to your local track and have a go!”

Having had success in several categories at an early age, it is clear Lydia Walmsley has immense talent. However, this season will be very telling for the young racer as she will compete in an adult series for the first time. She won’t be expected to have the immediate success she has had previously, but this will mean she goes into the season with little expectation on her shoulders, allowing her to concentrate on her own race, and possibly surprise everyone.