Behind every Grand Prix there is a team of people who spend all year planning and organising for their one week in the F1 spotlight. With the rise of social media, circuits have begun to interact with fans during other races on the calendar in order to build excitement and anticipation for their own event as well as publishing results of those going on throughout the year. Alex Thomson is the F1 Lead Social Media Manager for Yas Marina circuit, home to the Abu Dhabi Grand Prix. I spoke to her about her role behind the scenes and how she ended up living in Dubai.

Growing up in Adelaide, home of the Australian Grand Prix for 10 years, motorsport was always part of Alex’s life. “The house I grew up in was about 50 metres from Victoria Park Racecourse, the Adelaide Street Circuit, so my very early memories were of Formula 1 at the end of my street. I actually learnt to ride my bike on the pit straight,” she said. After karting as a child and being a lover of racing games, it wasn’t until Alex was in her early 20s that she actually considered motorsport as being a possible career. “I spent the majority of my time at University with no clue what I wanted to do when I graduated,” Thomson told me, “I started my own blog ‘Alelbuth’ to write about the sessions and would live tweet the sessions under the same name.” 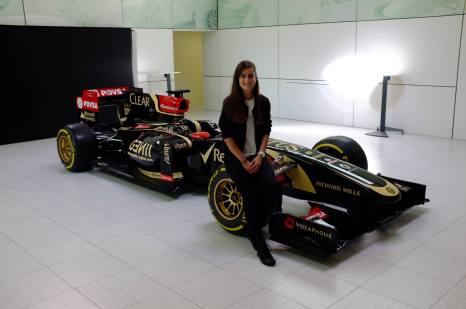 Her blog started as a side-project to her dissertation, and live-tweeting actually lead her to realise the job she wanted to do. “I remember one day tweeting during a ‘quali’ session and Lotus tweeting back. There was a brief exchange of Twitter banter before I realised that, if there was someone tweeting, then it was someone’s job to look after social media in an F1 team. That was pretty much the point where I decided I wanted to work in motorsport,” Alex explained. It was also the Enstone-based team that offered Thomson her first role in the industry when she sent her CV to their Graduate-Hiring Manager. “He passed it along to the Head of Communications, who agreed to meet me when I moved to the UK. I met with the team and spent the day at the factory. I was given a project to work on after that, and if I did well, then I had more work – internship style,” she told me.

After continuing to volunteer and even moving to Spain for 3 months for another internship, she was approached for a role as F1 Social Lead for Yas Marina Circuit. “I was offered the job and moved three weeks later. I’ve been here ever since,” she said. Her current job encompasses many different roles and responsibilities, covering more than managing social media. Speaking of her job, Alex explained: “I plan the social strategy, from the small jobs like planning a monthly content calendar, covering race weekends throughout the season, and content towards ticket sales for the Abu Dhabi Grand Prix, to larger jobs like the over-arching strategy, promotion of content and partnerships with suppliers and other content creators.”

Planning for the next Grand Prix starts only a few weeks after the previous one, with the strategy being broken down into phases of 2-3 months with artist announcements and details of the race being publicised throughout the year. Thomson and her team will begin planning the race weekend itself in September, “I’ll start reaching out to the F1 teams to book time with the drivers for interviews and content opportunities over the race weekend. Last year I got to work with WTF1 for the first time, and that was one of the highlights of the year for me,” Alex said. Their plan for the race weekend itself follows a calendar of Monday-Monday of the week surrounding the Grand Prix and will include everything from freight arrival, to opening the gates on Thursday, to pack-up on Sunday evening. However, it doesn’t matter how much the team plan, things can still go wrong, with her telling me: “most of the race weekend is having a ‘Plan A’, and then ‘Plan B’ and ‘Plan C’. I don’t think a single day has gone 100% according to ‘Plan A’, but that’s the fun of it.” 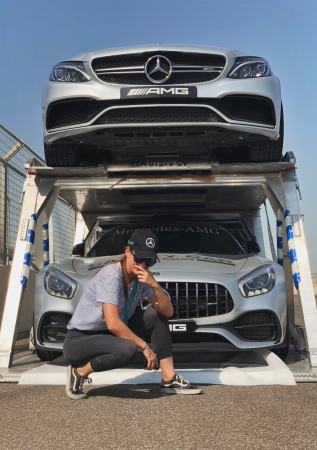 When F1 returns following the season-finale in Abu Dhabi, it adds another role for Alex to do as she shares providing live commentary updates with veteran F1 journalist Maurice Hamilton, as well as creating the graphics showing results of all sessions. One of her favourite things that she has to organise are the big announcements. “Planning teaser content is always fun to do. Last year we needed to tease the announcement for P!nk performing on race weekend, and our teaser was a series of images where I’d photoshopped the run off areas from the ‘Yas Green’ to pink. It looked so believable, and a few teams enjoyed it too,” Thomson told me.

When it comes to the race weekend, her team expands from 5 people to 20, but maybe the most exciting job is reserved for herself. “I’m inside the Paddock, giving our audience a behind the scenes look at the weekend, I try and capture what a fan would want to see,” she said, “Thursday is always the busiest day, we do all our driver interviews, so it’s constantly moving up and down the Paddock, having our production team interview the drivers or me literally giving my phone to a driver.”

With Yas Marina Circuit hosting the last race of the season, often many high-profile and exciting people come along to see the finale, however Alex believes the most interesting person she has interviewed was a few years ago, back in Australia. “I met Johnny Herbert in 2014 at the Australian Grand Prix. I was offered a Paddock pass while I was writing ‘Alelbuth’. I had a really nice conversation with him. I asked him if he missed racing in Adelaide, and he said he did which made my inner Adelaidean happy,” she explained, adding: “I’ve met Daniel Ricciardo briefly a couple of times when we’ve interviewed him – he’s always great. He’ll make everything fun and just mess around. Last year I loved interviewing Ocon and Perez too, they were super relaxed and really fun.”

Her advice to those wanting to work in the industry would be: “just keep pushing for it. For me it was never an option not to make it into motorsport, so you have to think that way. Never underestimate the power of social media either, it’s a great way to promote yourself and to network. I positioned ‘Alelbuth’ as a way for me to demonstrate my motorsport knowledge, as well as PR, and social promotion. Take the support of your friends and family, and never let anyone make you feel like your ambition is unrealistic.” 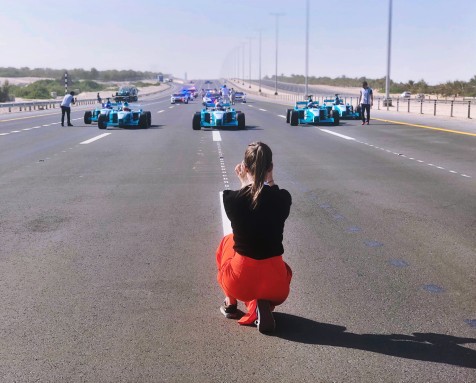 Alex Thomson grew up less than 100 metres from a F1 track and has been around the sport since she was young. Having worked voluntarily with teams and those involved in motorsport, her current role was her first paid job in the industry, though she had to move to the other side of the world to get it. With a long career still ahead of her and at the forefront of the expansion of social media within F1, it will be interesting to see how the circuits and teams, and those behind them, such as Alex, continue to use the platform as a vital tool to aide fan engagement in Formula One.

3 thoughts on “Alex Thomson: “I learnt to ride my bike on the pit straight!””