Although Formula One may be one of the most famed motorsport series in the world, the journey to the championship isn’t always so well-known. In recent years focus on junior categories has increased with Formula 2 and GP3 becoming more popular than ever before. One of the most successful teams covering not only F2, but also European Formula 3 and the Italian and ADAC Formula 4 series is Prema. Founded in 1983, the team has worked closely with many young driver programmes over the years, allowing up-and-coming racers to experience driving on a world stage and hone their craft to impress their parent teams in F1. Angelina Ertsou is responsible for all the media for the team and even helps with organisational aspects, so I spoke to her about the Italian team and her career in the sport.

As a child, Angelina was a lover of all sports, but admitted her passion for motorsport came a little later. “I liked watching basketball and the usual televised sports, but it wasn’t until later on when I was living in the South of France, between Nice and Monaco, when at high school we would go to the Grand Prix. That’s where it all started,” she told me. With the Grand Prix often being at the end of May when France has many public holidays, Ertsou and her friends would often take the opportunity to go to one of the most glamorous events on the sporting calendar. On some occasions Angelina even said they would skip school to watch the sessions, and here is where her love of motorsport began. 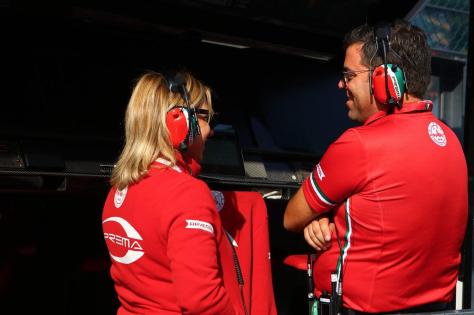 With her passion for sport, Angelina always had the intention of working in the industry in some format. She originally attended university to study for a degree in Law, leaving with a Master’s in the subject, but that wasn’t all. “I saw business law had a lot of possibilities, but that didn’t quite work out. I then studied sports law and did a Master’s in that too,” Ertsou explained. However, shortly after she finished her studies an opportunity came about disguised as something very different. “I got married to one of the team (Prema’s) owners! I met him in Monaco through a friend who was a driver. We started dating and by the time I finished university I started working with the team,” she said. However, she definitely didn’t get the role handed to her, with Ertsou actually being vastly overqualified for the job.

With Prema working predominantly across 4 different series, Angelina must multi-task and juggle large amounts meaning no 2 days are the same, yet this is a part of her role that she loves. “I really like that aspect, I think I would be bored if it was the same thing every day. I really like that I can do a bit of everything, I’m very lucky,” Ertsou told me. This is often the case in the junior categories as they don’t have big teams like those in F1 do, with Angelina saying: “the more things one person can do, the better it is for the person and the team.”

“I take care of all of the media activities and coordinate everything. I am the one taking care of the website, spending time doing the social media, anything really that is media related. I also help out with the team management because we are involved in 4 championships, so I help out with the day-to-day organisation of the Formula 2 team and any other category which needs it.” 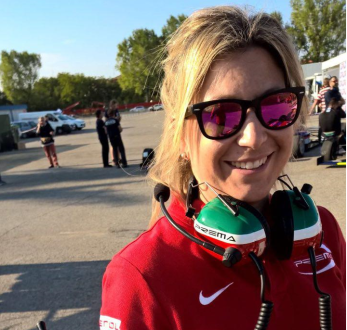 Working on team organisation for the Formula 2 team means Angelina focusses on that championship when it comes to the hectic racing calendar. “Obviously, I can’t do all of them, so I go to as many races as I can. I follow all the F2 races, I try to go to as many F3 and F4 races as I can, but because there are quite a lot of clashes and family, it can be difficult to combine all of those,” she explained. Prema currently boasts 12 drivers and so, as Ertsou has previously said, keeping across all of their performances can be tricky. “It can be difficult to juggle all the drivers in all the different championships. I’m very lucky to have a lot of people helping me so I’m very grateful to them,” she added. 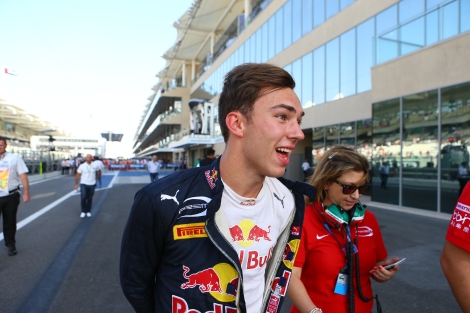 Having spent several years working with Prema across different championships, Angelina has had many highlights in her career and many moments she will never forget. “In 2015, it was a very nice year in F3 with 3 amazing drivers. The atmosphere in the team was just incredible and so much fun to work in,” she said. Ertsou also highlighted the 2016 season with the team having lost 3 key members of staff before racing even began, meaning others in the team had to step up to compensate. That year Prema were racing with Pierre Gasly and Antonio Giovinazzi with the former winning the championship and latter finishing second. The team also went on to win the overall team championship with this success a stark contrast to their concern before the season. But her favourite and most memorable year in racing was last season. 2017 was an amazing year for the team in F2 with Monegasque driver Charles Leclerc the runaway winner. “Charles is one of my favourite drivers and as a person,” she explained, “I am blessed to have had the opportunity to have him within the team.” 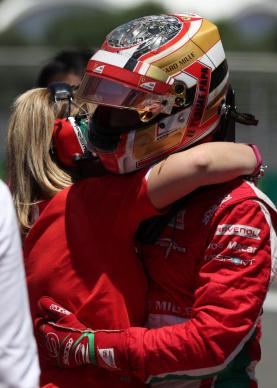 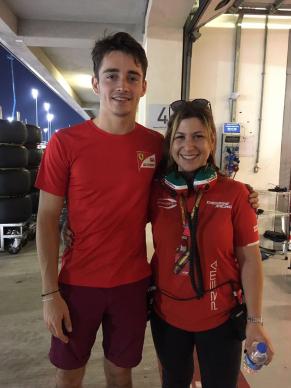 Prema also have a strong history of supporting and racing young drivers with connections to F1 teams. Currently they have a large Ferrari Driver Academy contingent. “We’ve been racing with their drivers for a few years now. Of the 12 drivers we have, 5 of them are Ferrari juniors. We’ve had good collaborations so far and that seems to be continuing. But it’s not only now, even in the past Prema has always been chosen by manufacturers or F1 teams to race their junior drivers. For 8 consecutive years we had the Toyota junior drivers, we’ve had Red Bull drivers, we’ve had Mercedes-affiliated drivers, Renault drivers, from so many different programmes. It’s a good sign for the team that they trust us with their juniors and trust us to do a good job,” Ertsou said. It can be a big responsibility to mentor these drivers as some can come into the series with high expectations of them, whereas others may begin completely unknown to fans. All racers must be educated in not only on-track etiquette and developing their distinct style, but also the same applies off-track. 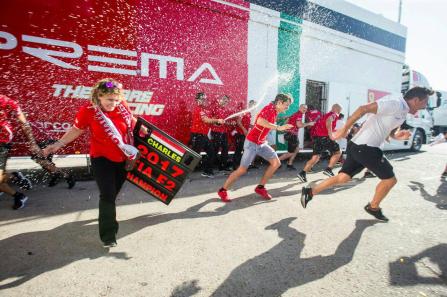 Angelina Ertsou is one of the most influential people in the feeder series to F1. Working in both team organisation and media for Prema, she has seen the team have a fair amount of success. Her advice for those wanting to pursue a career in the sport would be: “every situation is different, so find a field in the sport that interests you and try to pursue that. In motorsport it can be difficult because most people I know in the sport don’t have that exact education and have not studied something necessarily related to their profession. A lot of it is based on passion so if you really want to achieve it, you have to give 100%.” With the team committed to encouraging and growing young talent, we can look forward to seeing how the rest of the season goes for Prema in all the categories they are racing in and seeing where their talented youngsters will end up in the future.