Working as a sports journalist is a dream for many and with a changing media landscape is now a reality for many also. However, the pinnacle of the job is reporting on the greatest sporting spectacles around the globe for world-renowned outlets such as BBC, Sky and ITV. Natalie Pirks has worked for both the BBC and ITN (ITV) News covering World Cups and Olympics and this year will be no different as she covers several Cup Finals and the FIFA World Cup. I spoke to her about interviewing, traveling and her whole career as well as her advice for those wanting to pursue a similar path.

As with many who now work in sport, it was always an interest for Natalie, even if her Mum definitely wasn’t a fan. “My Mum hates sport,” Pirks said, “but it was always on at home because my Dad will watch anything with a vague notion of competition! I remember F1 being on all the time and of course, football. Some of my earliest memories are watching football and the Olympics with him.” This meant the world of sport was a part of her life from a young age, and when she was 15 years old, Natalie decided she wanted it to be a part for many more years to come. “At about 15 I knew I wanted to be a journalist, and then at University studying Multi-Media Journalism I decided to major in Sport in my final year,” she described. 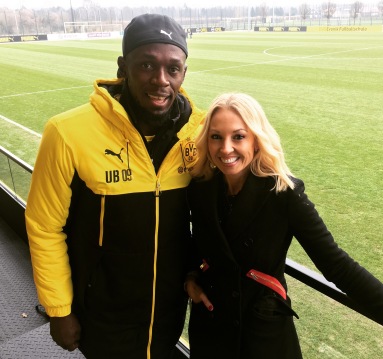 Following her decision to try and pursue a career in sport reporting, Pirks set her sights on the goal of specialising in football, though now enjoys being able to cover many different sports, with all of them bringing different benefits and challenges. “Football was always my favourite sport so I knew that was for me. I also love covering multi-sport events like the Olympics, sports that often don’t get screen time and with athletes that actually enjoy being interviewed. Quite the opposite to most footballers!” she joked.

With no connections in the TV or journalism world, Natalie entered a competition run by the BBC called BBC Talent which aimed to find a reporter for their sports show ‘Grandstand’. “After a series of rounds I made the final and had to do a ‘live’ report on the Rugby 7s tournament at the Commonwealth Games in Manchester in 2002. I then spent a year at the BBC, working on some amazing things like Beach Volleyball on the Copacabana, Gymnastics in Hungary and Modern Pentathlon in Athens,” she told me. From there she began freelancing, joining BBC Radio 1 as a Newsbeat presenter, before then doing some freelance work for ITN. When her year with BBC ended, ITN offered Pirks a more permanent position. “ITN offered me a staff job which I took, and I worked for them for 5 years. Setanta Sports then got the Premier League broadcasting rights so they started a news channel, which ITN won the contract to run. I worked for them for 18 months as a reporter and presenter. It was the most amazing time and I covered some amazing events, like the epic Man Utd V Chelsea Champions League final in Moscow, Portsmouth’s amazing run to winning the FA Cup final and England playing in Kazakhstan of all places,” Natalie explained. 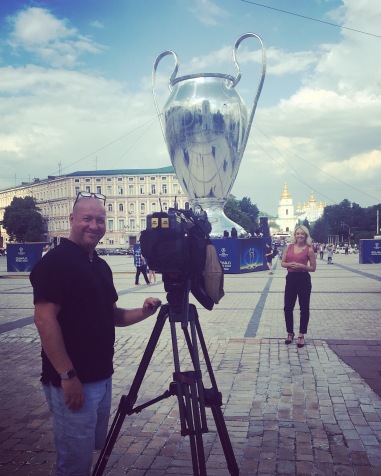 Unfortunately, Setanta Sports went under after losing the broadcasting rights, and so Pirks was left without a job, however not for long. “Fortunately ITV News then offered me a role straight away as a sports reporter so I moved over and began working there. For a while I ran the desk on my own but Steve Scott joined as Editor and I had a great couple of years working with and learning from him. I was promoted to a correspondent in 2012 after the birth of my first child,” she told me. During her time with the channel, Natalie attended many global sporting events with these being some of her most memorable moments with ITV. “The stand outs would be the World Cup in South Africa and London Olympics. I was there for the Lampard goal that never was against Germany that changed football forever and working the Olympics as a non-rights holder meant you had to be incredibly creative and work even harder to get to the story,” she said.

In 2013, Natalie saw an advertisement for a correspondent at the BBC, and after going in for a chat and being offered the job, she returned to where it all began. “I went in for an interview and the rest is history!” Pirks exclaimed. Her role now is similar to what she was previously doing, however on a larger scale. “It’s a much bigger team than at ITN but with much more output. I work primarily across the 1,6 and 10 o’clock news but also work on the BBC News channel, 5live, online and occasionally other outlets like World News and Radio 4,” she explained. Working on live news shows such as the BBC 10 o’clock News means you have to be up-to date on the story you are reporting on live, and even have to deal with changing details and updates whilst on air. This must then be conveyed to the viewers. This, for Natalie, is one of the greatest challenges of her role. “Breaking news is hard sometimes, from a standing start. You are hitting tight deadlines so the pressure to deliver is high,” she said, adding: “Access to players and athletes can be challenging at the best of times!” 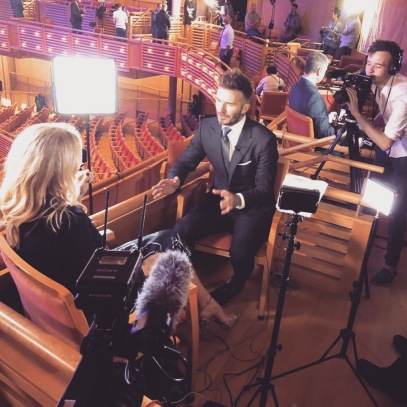 Having been able to interview many high-profile sports stars, it’s not always the biggest names that she enjoys speaking to the most, with those having a story and not always being in the limelight her favourite to showcase. “The best ones for me are the athletes who are happy to talk to the media and speak animatedly and happily about their lives, who give you the little stories that can elevate a piece beyond the standard. Yes, it’s great to get access to big celebrity names and I am always asked things like ‘what’s David Beckham like?’ and he’s lovely, but it’s the people who don’t usually get press but suddenly get their moment in the sun at the Olympics, who I enjoy speaking to the most, Pirks told me.

Natalie Pirks got her first opportunity through a BBC competition and from there worked as a freelance reporter before being given an all important permanent role with ITN. Working in sports journalism was always a dream and with hard work and persistence has come true. Her advice for others wanting to work in the field would be: “work experience, work experience, work experience! Get a foot in the door and don’t let it go. Learn people’s tea run orders and don’t forget names. Get their numbers and make yourself indispensable. Offer up little stories and keep chipping away, without being annoying. Know the news agenda and most importantly, make contacts. It’s still a lot about who you know and what you can do for people.” This year she has already covered the FA Cup Final and the Champions League Final, and with the World Cup fast approaching, we will also be seeing her covering the world’s greatest sporting event this summer.