The FIA Women in Motorsport Commission, along with the Ferrari Driver Academy, launched a brand new initiative earlier this year for young female racing drivers aged between 12 and 16 years old. The FIA Girls on Track – Rising Stars programme has selected 20 racers from five continents who will compete to win a one year contract with the Scuderia Ferrari’s junior scheme, and the opportunity to represent them in a Formula 4 Championship. The FIA has announced the 20 participants ahead of the event this week, so meet ten of those who will take part! 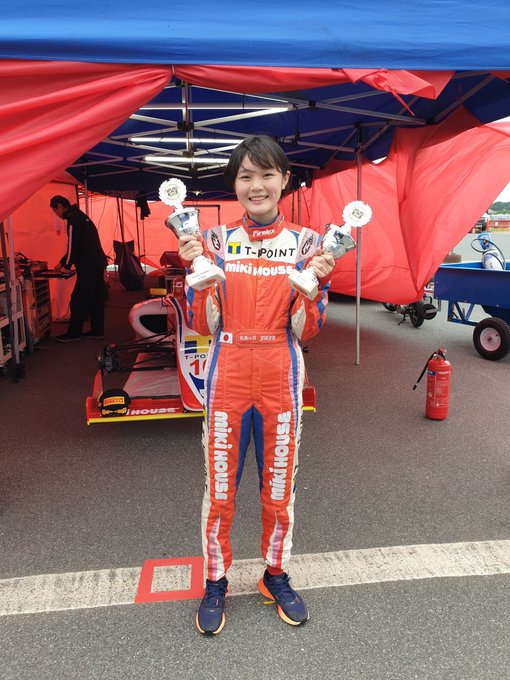 Motorsport is a family passion for 13-year-old Juju. Her father, Hideki, previously raced in both Formula One and Indycar, and last year moved to Denmark with Juju so she could enter the Danish Formula 4 Championship. Her experience in formula cars goes back to just the age of nine when she first tested a Formula 4 car. Then, two years later, aged only 11, she drove a Formula 3 car for the first time. After success in karting, earlier this year Juju entered the Danish F4 Championship and in the first race of season, took victory. Since, she has also qualified on pole multiple times. (photo credit: @NODA_Racing) 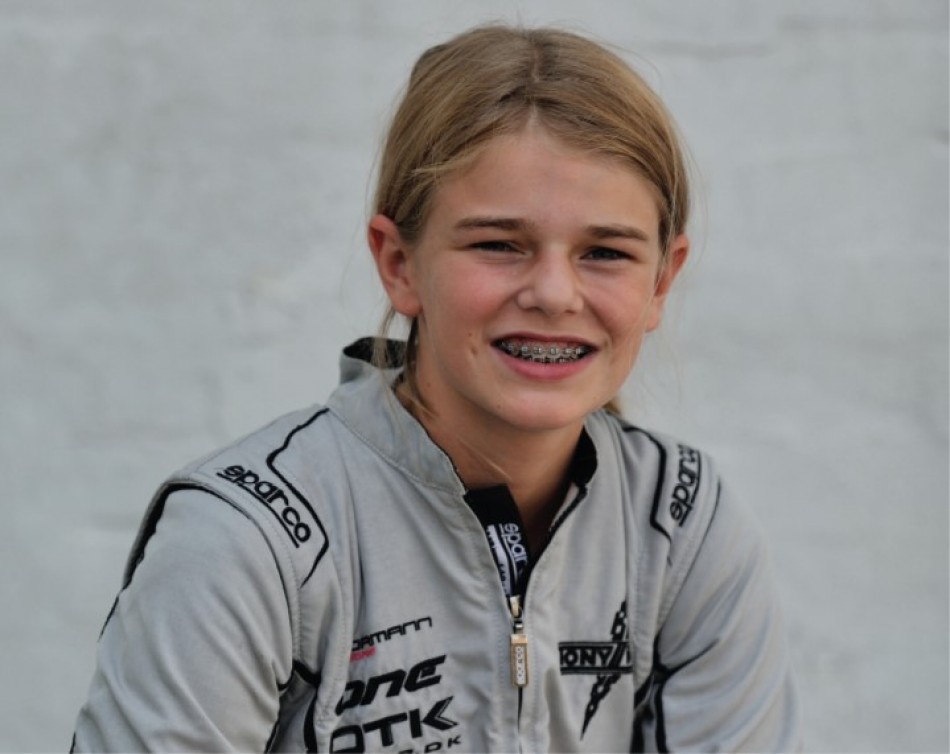 Freya first began karting in 2016, at the age of nine, following in the footsteps of her older brother. Just a year later, she finished third in the Cadet Mini class she had been racing in before being crowned Club Champion in the OK Junior class last year. 2019 also saw her win the Ladies’ championship in the Rotax Mini class of the Danish Rotax Max Challenge. In August, it was announced that the FIA Women in Motorsport Commission had chosen Freya to represent them in the FIA Karting Academy Trophy.

Doriane Pin has long been highly rated. After being selected as one of 18 drivers to take part in the 2019 Volant Winfield talent training programme, a single-seater scheme organised by the French Winfield Racing School, she was chosen by the FIA’s Women in Motorsport Commission to participate in a one-day training session of race preparation, simulator practice as well as mental and physical education. Along with the training day, Doriane also received the chance to take part in two official Formula 4 tests at the Paul Ricard Circuit in France with the FFSA Academy. This wasn’t her only success last year though, as she returned to the French Women’s Karting Championship, following a third place finish in the previous year. Keen to improve, Doriane went on to dominate the season winning her first national title.

Tyler is one of the youngest participants at only 12 years old. Nevertheless, it seems motorsport is a family passion in the Robinson household as she often races alongside her younger sister Berlin. Most recently, she has been competing in the Rotax Cup in the Junior Max class, and in the ROK Cup in the OK Junior category. In her first OKJ kart outing this year, Tyler qualified in 13th place, finishing her first race in 11th, second race in eighth and the final race in 10th. This gave her an overall result of 11th. Tyler has also been racing as a member of the Parolin Racing South Africa team.

14-year-old Kristina has been racing since the age of eight. In this time, she has competed in many championships both locally and nationally, finishing on the podium on multiple occasions. In 2016, she won the Uzbekistan Karting Championship, and since then, has become champion in numerous events including the 2017 and 2018 Uzbekistan Cup,  2017 Tashkent Championship and 2018 Tashkent Cup in the Mini class. Last year, she made the step up to racing the 125 Junior Max kart. (Photo credit: Kristina Shipkova Instagram)

12-year-old Milla starting karting five years ago after seeing the sport and thinking it seemed fun. After testing a kart and discovering a love for racing, she achieved her license. In 2017, Milla entered the MKR Sweden Series (Middle Swedish Map Racing Series) in the Micro class, finishing in a respectable 27th place, especially considering she was only nine years old at the time. The following year, she returned to the series, improving on her previous result to finish in 18th place. In 2019, she moved on to the Junior 60 kart class, entering the Swedish Karting Championship. Making one final, Milla was the only girl to do so.

Ella began karting in 2013, at the age of six, and quickly showed a talent for racing. After competing in a few events in her first year, 2014 saw her embark on a full season in the Bambino Championship. Finishing eighth in the standings, she returned to the series the following year, improving to end 2015 with multiple podiums and fifth in the standings. Ella then made the decision to move up the motorsport ladder to the Cadet class. In 2016, she made her debut in the BirelART UK Cadet class, and despite her lack of experience in the series, ended the season in 12th place. 2017 was a standout year with Ella winning her first championship title. Racing in the BirelART UK Series, she went into the final race with a large lead in the championship, having again impressed. The following season, Ella entered the IAME Cadet class in the Little Green Man Championship along with over 50 other drivers. She finished the season 16th in the standings, though became the Privateer Champion in a separate championship for those not running in a team. Last year, Ella made her debut with a professional team, racing for Fusion Motorsport. Improving on her previous result, she finished 10th in the Little Green Man Championship, before ending the British Championship in 13th place. For several years, Ella has also been coached and mentored by W Series racer, and former-GP3 driver Alice Powell.

Maya was born to a Belgian mother and Dutch father, though grew up in Spain, and this is where her passion for motorsport started. Her father had raced karts previously, so as a Christmas present when she was seven, Maya and her brother were bought karts. After spending a few years karting, 2014 saw Maya make a breakthrough as she began winning races, achieving a podium in the Spanish Karting Championship and finishing the season third in the Formula Campeones Championship. The following year she bettered this to be crowned Vice-Champion in the series. Towards the end of the 2015 season, Maya took part in the ‘Copa de Campeones’, taking the victory to become female champion. 2016 saw her enter the Mini 60 class. Racing in the Italian Championship, she achieved multiple top-10 finishes, before winning the WSK Final Cup, her first international championship win. For the following two years she made the progression to the OK Junior class. Along with Julia Ayoub, Maya was selected to join the Richard Mille Talent Academy for the 2019 season. This meant she was able to compete in a full season with the BirelART Racing Team, participating in the OK class. Much like Julia, Maya raced in the FIA Karting European Championship, FIA Karting World Championship and 24° South Garda Winter Cup.

Kinga grew up hearing stories of when her father raced as a youngster, and after he took her to a local kart track to watch a competition, she too decided that she would like to get involved. At the age of 11, Kinga started karting, and only a few years later, her younger sister Liliana also entered the sport. Her father became and remains her trainer guiding a watchful eye over her as she practices at their local track in Radom. Her career highlights include reaching the 2019 ROK Cup Superfinal in the Junior ROK class.

Like many of these young drivers, motorsport runs in Lilly’s family, with her older brother also karting. First starting to race at the age of seven, Lilly has had a lot of success in karting. 2017 was a particularly good year for her, as she competed in the Bambino class in ADAC Kart finals, which she went on to win, and finished second in the ADAC Kart Masters. In 2018, she made the step up to the OK Junior category, going on to race in the German Junior Karting Championship and WSK Super Masters Series. It was also announced earlier this year that Mucke Motorsport had selected Lilly as one of two drivers who will test their Formula 4 car before the end of the season, with her expected to make the step up from karting in 2021.

(all photo credits, if not specified: FIA/ FIA Women in Motorsport)

You can read about the first 10 participants here.

One thought on “Meet the FIA Girls on Track – Rising Stars! (Part 2)”